An Impromptu review of the UN’s Sustainable development Goals (SDGs)

Leaders’ Mentor and 2-Time International Best-Selling Author on Change Leadership. Karen has worked in the UN environment as a representative of international NGOs to the United Nations, Chair of the Alliance of NGOs on Crime Prevention and Criminal Justice @UNHQ, and international speaker, trainer and advocate for peace and justice.

Get Weekly Insights and Make Connections With Our World Class Speakers 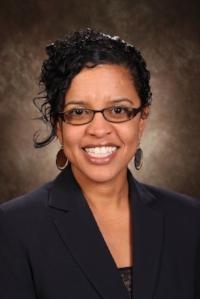 Vanessa Russell has developed children in the area of dance, teaching hundreds, ages 3-25, lyrical, flags, hip hop, mime, since 2000. In 2010 one of her 15 year old dance students was sold into human trafficking. Although she was eventually located and is now being restored, Vanessa encountered many others who, like her student, were US born women, men and children trapped in modern day slavery.

Her response was to launch Love Never Fails, a non-profit dedicated to the restoration, education and protection of those involved or at risk of becoming involved in domestic human trafficking. Love Never Fails has educated thousands of children and community members on the issue of human trafficking, opened a home that provides long-term safe housing and restorative services for over 100 women survivors and their children and launched an IT Academy connecting under-served community members with financially sustainable careers. Vanessa believes that the issue of human trafficking can be solved through love expressed in prayer, safe housing, mentoring, job training, outreach, and education.

Vanessa also worked 23 years in the IT industry leading technology and sales organizations. She retired from Cisco Systems in January 2019 to lead Love Never Fails full-time. Her professional hope is to inspire and motivate people to develop business and themselves.  She and her husband, Pastor Timothy Russell, are blessed to have a seven children.

Vanessa graduated from University of San Francisco with a B.S. in Information Systems Management. She is a sought out key-note speaker, published author of the Fight For Love workbook and the recipient of the 2013 Jefferson Award, the 2015 Jesse Curtis Homeless Advocacy in Action Award, the 2015 Hayward Heart Award, 2015 Top 20 Dynamic Women Owned Nonprofits, 2017 Ujima Catholic Community Service Award, 2017 Cisco Hero Award, the 2017 Discovery Investigation & People Magazine Everyday Hero Award, the 2018 CRN Women of the Channel, 2018 Cisco Bridge Award, the 2019 Luke 14 Award, was selected to participate in the 2019 BBVA Momentum accelerator program, and is a recipient of the 2020 Modern Day Abolitionist of the Year (SFCAHT).

Add your contact information and message here and we will forward it!

We will send the annual report to your email.